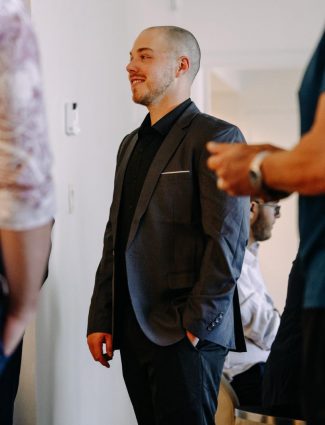 Subject: How to Become Financially Independent in Your 20s?

I’m writing to you today from my new spot in Sao Paulo. I’ve been in Brazil for over a month now. It’s a great country full of surprises.

Just the other day I was walking down the street when I felt like I was transported to Asia. The area is known as Liberdade.

Basically it’s where the Chinese, Koreans, and Japanese have made a home. While I’ve never been to Asia.

Spend 5 minutes inside and you’ll think you’re in Korea. Anyways more on that another time. You and I were brought together today to discuss one topic. So turn your phone on airplane mode, tell your girl to leave you alone, and sit with me.

Is being financially independent while you’re young worth it?

Yes. Okay good. Pay attention and let’s get into it. Now as I’m writing this article I’ve been living off of my own skills for the last 1.6 years abroad.

Before that, I got paid to clean bathrooms and parking lots. And made the rest of my money from flipping items on Craigslist/Facebook Marketplace to pay off my $13k in debt.

However, living and working this way was the complete opposite of what I wanted for my life. Rewind back to 2016 when I quit my job at the car dealership, I quit so I could travel the world.

I had no idea about how the world worked yet. Like most of you, I was delusional and didn’t quite understand how to turn my ideas into a reality.

Instead of riding off into the Sunset, I began years of suffering. Too much pride to return to a regular job.

And too much inspiration to be able to settle.

Years later I’m living the exact life I dreamed of in those days. Down to the last detail.

I wake up when I want to.

I earn a full-time income online as a freelancer.

My girlfriend is how I described her many moons ago.

And I am free to dedicate myself to whatever I decide each day.

None of this is random or by accident.

Some luck was involved by being in the right place at the right time. But I don’t view it as such since I’ve worked my butt to be in each of those places.

While I’ve got a ways to go before I’m satisfied, I want to give you a framework you can use to become financially independent.

As with all things it will take discipline to stick to. Let me repeat, financial success in your 20s (or any age) will never happen for you by accident.

It only happens through conscious effort daily.

Now with all of that out of the way, let’s begin the framework.

How to Become Financially Independent?

This framework is simple. Sticking to the basics and doing them daily is where you will find financial success.

1) Live Below Your Means.

This was when I had just come into a livable online income. Smoking cigars every day. Nice dinners. I was enjoying my life to the fullest.

However, he gave me some game which I will always remember.

My bigger point is that it’s freedom you’re chasing. You continually make decisions that reflect that you like the idea of it (most people do) but the emotional and physical actions to attain it aren’t lining up. Ain’t nothing wrong with clearly 5k a month from a single location. That’s a lot better than most people, real talk.

I had forgotten why I started doing this whole online business in the first place. For once, plenty of money was coming in from the internet.

Enough to where I could live how I wanted without much care. I claimed I wanted freedom. Yet that year I spent over $11k on cigars, coffee, and fine dinners.

Which is the complete opposite of wanting to attain financial freedom and financial success.

While I was doing much better than most people, I was still like the guy who earns $1,400/month but only has $100 left over each month.

I was no better than a Hamster on a wheel. Quickly I changed my habits. Instead of enjoying a cigar every day, it became a weekly enjoyment.

Instead of eating out daily, my girl cooks high quality steaks and salmon. I only going out 2-3 times a week.

This alone saved a ton of money. From there I moved some of my free money into an investment account. Instead of it sitting in my account, I had it earning money for me.

Shortly after this, I also moved to Brazil which is noticeably cheaper than Qatar. All of these actions combined with discipline will lead to a very good year.

My lesson for you is regardless of how much you’re earning right now. Live below your means.

Not only will you hold onto more money, you will also build a good habit for when you achieve financial freedom.

This is a concept most of you only understand in the sense of working more hours. Which definitely works.

However, the entire purpose of financial freedom at least from the MoneyBag Madden definition is…

Financial freedom is having the ability to earn money without trading your time and the reality of having plenty of money to live however you deem right.

Meaning you need to find ways of production which allow you to increase your income without trading much time.

Sure, work your day job to pay your bills. But also find ways either through a skill or product sales to increase your income on demand. Whether it’s through monetizing a skill through Freelancing.

Or whether you find a side hustle such as flipping. Either of them are good because you can increase your income without trading tons of your time.

Your goal here is to increase your income to be double that of your expenses. Whatever you do to accomplish this is up to you.

This world is chaotic and the days move quickly. Your only proactive steps are to move intentionally and quickly.

Right this very instant there are opportunities in front of your own eyes to make more money.

I first realized this when I began flipping.

I needed the money and thought up a plan on how to make $500. Within an hour I saw items around the house I could sell.

Within 3 days I had the money I needed and a little more.

The lesson here is to move quickly with open eyes. More than likely you’re sitting on mini goldmines of income.

You don’t see them because you either move too slowly or don’t have open eyes.

There’s no reality where you should be going out to eat daily or like myself where I’d go out twice a day.

Outside of the health effects, it’s a waste of money.

When you’re eating out you have no idea what they’re cooking with. More than likely they’re using terrible oils to cook with.

Then you wonder why your brain is foggy.

Not to mention you’re spending much more for the food than you would if you simply cooked it yourself.

Just having my girl cook for me has saved me thousands and even better, the food is only of the best quality.

Your lesson here is to start cooking your meals more often. You will save money which you can put into making you even more.

Along with your food won’t be cooked in toxic oils ensuring you have a long life.

I know I keep mentioning discipline but I can’t stress it enough. You must discipline yourself otherwise the Universe will force you to.

This whole financial freedom and financial success reality won’t happen until you use your own mind to make decisions.

Being in your 20s you need to especially discipline yourself as we lack much of the wisdom which comes later in life.

With distractions influencing us to consume, you will set yourself apart with discipline.

Develop your ability to focus.

Now there is more to this whole financial freedom topic, but you’ve got the basic framework in front of you. Review this article whenever you need to be reminded. If I can help you at all reach out to my Livechat agent on the right.

Until then, I welcome you to continue reading: How to Stop Being Broke in Your 20s.

Previous Post: How to Control Your Mind in a World Full of Noise