You are being brainwashed every second of your day. Whether you are aware of this or not, it is shaping your life.

From the second you wake up your brainwashing begins. Your Facebook feed all the way to your favorite radio show is programming you.

That isn’t a bad thing. It also isn’t good either. The only thing that matters is that you become aware of it.

Once you become aware of the mental programming going on, you will begin to think for yourself.

You will see through the veil of lies and illusions.

Take a second and think about all of the things that you hold dear.

Your desires and wants.

Your perception of how you think that the world works.

It is all due to your mind being brainwashed.

Before you learn how to brainwash yourself. Let’s talk about where most of your mind programming comes from.

From how you dress to how you think. They have all been in one way or another programmed.

Even the religion that you believe in was programmed into you from a young age.

If you were born a Christian then you will most likely keep that faith.

The same goes for your political views.

Once again this isn’t good or bad. Just be aware of the truth.

Most of your fears and thinking patterns were created as a child.

As a child, you absorbed what your parents said and did.

If your parents were alcoholics you have a higher chance of becoming one. This can also cause you to hate alcohol.

On the same note if you were brought in poverty then you’ll more than likely be poor.

That is why you see the lower class of White America and Black America stay the same. They are taught to be poor.

Their environment and parents breed them to take on low vibration behaviors. Behaviors that break homes, lead to drug abuse, and empty pockets.

Luckily there are millions of people who broke out of this. Instead of letting their environment mold them, they broke the mold.

People such as Ed Latimore, Jay Z, and Grant Cardone.

If your environment is bad become aware of its power.  From there begin taking control of what you can and develop a strong mindset.

Our current schooling system creates worker bees. They want you to follow orders and work hard for them.

Instead of thinking for yourself, you are taught to recite useless facts.

Being creative is labeled as having ADHD. If you show any creativity they will put you on drugs and punish you.

Not only that but their entire script sells you on the American Dream.

The American Dream is nothing but a lie.

A lie to get you to play by their rules.

Rules such as get a good education, get a job with benefits, get married, and buy a house.

Once you are old you can retire and live off of your retirement.

That is if you don’t have any debt and were able to pinch enough pennies over the last 40 to 60 years.

If you are following their script you’ll end up with nothing but debt and no soul.

Create your own script and then you have a chance at living the life that you want.

Your style, how you talk, and everything about yourself is shaped by the media.

If you smoke pot then I will assume you listen to music that promotes that lifestyle. That goes for how you dress and talk as well.

Take a look at Black America…

Their mainstream culture promotes the following:

What does this cause?

It breaks ups homes and leaves thousands of people dead or in prison.

That is the truth.

It is the mainstream culture. They are being brainwashed into mental chains.

Chains of poverty, death, and destruction.

Mainstream white culture creates drug addicts that are scared of their own shadow. Mainstream White America is spineless and self-absorbed.

This is the power of brainwashing.

It creates generations of victims that live in a reality created by someone else.

Why not flip the script and create your reality instead?

How to Brainwash Yourself

Now that you have a basic understanding of the power of brainwashing. Let’s dive into how you can brainwash yourself.

It is easy but will take practice.

For any of these methods to work, you must do them daily.

Most changes can take place within 3 days.

Brainwash Yourself With Audio Recordings: 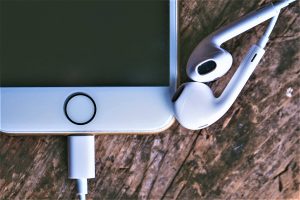 First, download SoundCloud to your phone. You are going to record your voice and then put it on loop.

Create private tracks that you can play for yourself while you sleep.

Recite positive things such as, “I am confident” and state your goals.

Your recording can be as long as you want.

Each night before you go to bed just open up your track and click play. While you sleep you will program yourself.

You can get creative with this and throw in background music. Background music is great for cultivating different emotional responses.

I’ve been using this method for the past two months.

So far I’ve made more money and have been accomplishing more.

For this method to work you must be specific. State everything in the present tense.

You play it during the morning and right before bed. People I’ve spoken to have said their anxiety evaporates within a few days.

And others claim it has rewired their brain entirely.

I personally listen to Terminate throughout the day. And have already been able to tell a difference.

Check it out here.

Brainwash Yourself With Movies: 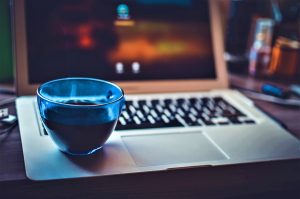 For this method, all you need is a video editor. Once you have your video editor go through and find images that inspire you.

You can record your voice using the same concept as with the audio method.

Brainwashing yourself with movies enhances your imagination. You’ll find that you can easily imagine yourself living the life that you want.

Watch your movies every day. After a while, you will notice your beliefs changing. You will feel motivated and inspired.

Instead of flooding your mind with negative news you are feeding it with images that make you feel good.

This is your movie and so you MUST direct it.

Brainwash Yourself With Books: 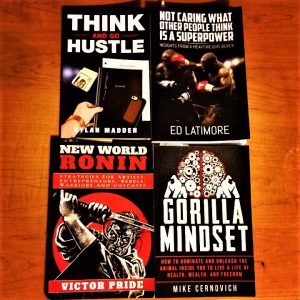 This is one of the easiest brainwashing methods. Whether you are aware of it or not but the books that you read alter your perception.

Use this to your advantage. Read books about success, money, and any topic that excites you.

The masses read the newspaper. They live in a narrative created by the publishing companies behind that newspaper.

People that take control of their life, however, focus on good books.

Here are 9 books I recommend you read.

There you have it. You are now taking control of your mind. No longer will you be one of the sheep.

See you in the game.

PS: Listen to Terminate 20 minutes a day in the morning as you get ready for your day and at night before you go to bed.